Bhuj serves as a perfect pit stop for one of the best road trips in the country. After having tea and breakfast near the bus stand,we head to see, one of the best palaces in Indian subcontinent,the beautiful Vijay Vilas Palace situated at the shore of Mandvi.This palace was built by Maharao Shri Khengarji III.Construction was started in 1920 and completed in 1929. Mandvi is 1 hour from Bhuj and at a distance of around 60 kms via highway.

You can find its peek in various television series, and in Bollywood movies like Hum Dil de Chuke Sanam and Lagaan. You see its beauty at peak in monsoons when the green cover is at the peak and the view from its terrace shows the lush green lawns heading into the horizon.You can hear peacocks while you admire the stained glass windows and dome architecture clubbing Rajputana with Bengal domes.Palace is also home to the Royal family of Kutch since 2001 when the earthquake damaged the other palace Ranjit Vilas and also houses a museum.It also offers air conditioned tents on its private beach to those who may wish to spend some time in luxury. 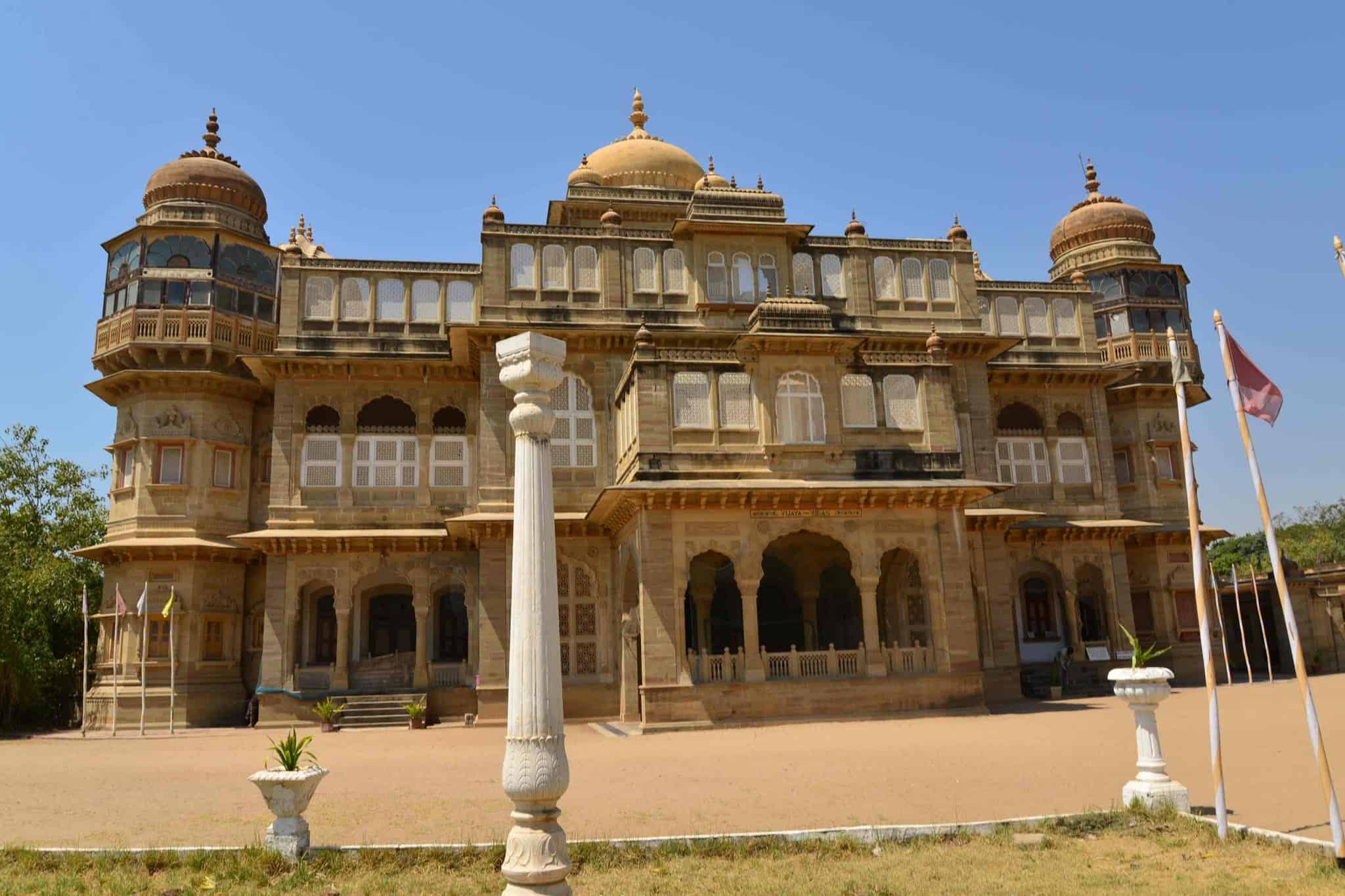 Very well maintained this summer palace is a gem to be discovered.After visiting this magnificent wonder, we head to Mandvi quaint town which is also a small port,it takes an hour to reach Mandvi from Bhuj,

One of the best places to have lunch in this small town is the Osho hotel.It is a small place run by 2 brothers and is known for its lovely Indian vegetarian meal.

They continue to serve you Gujrati delicacies, till you can stuff no more.

Unlimited chaas(butter milk) and curries sweet rice and hot poories, are the perfect food for soul at a very nominal price. No wonder ,its a huge hit with both the locals and the tourists here. Once you finish your meal do head to the beach for a camel ride and horse ride in the evening. 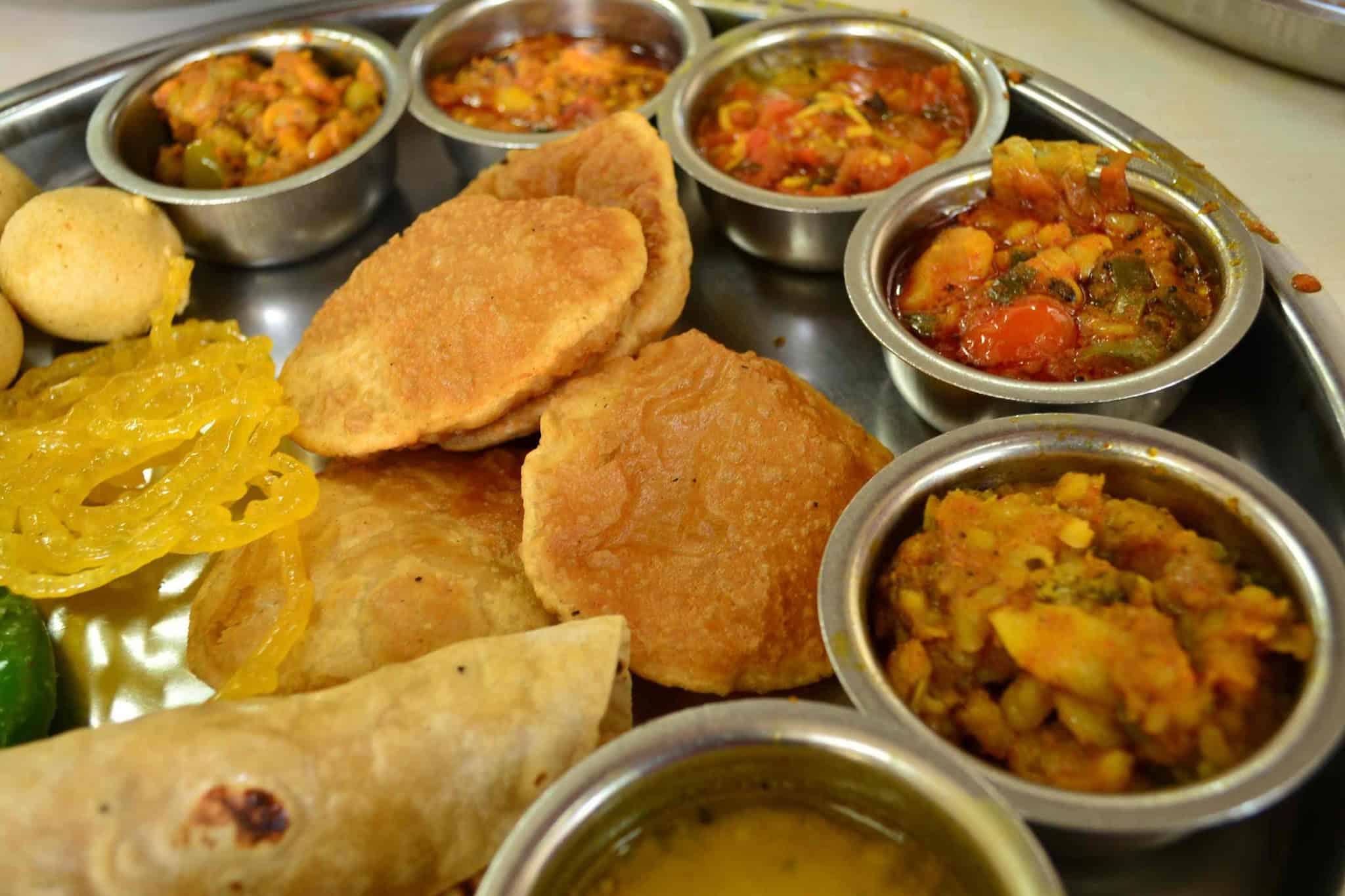 On our way back, we visit the beautiful Swami Narayan temple which was built on the request of devotees from this region.Swaminarayan had graced this temple and installed idols of Narnarayan dev and his own form – Harikrishna Maharaj in central sanctum sanctorum of the temple. Also present are the idols of RadhaKrishna Dev, Harikrishna Maharaj, Ghanshyam Maharaj. Roop Chowki houses the images of Ganapati and Hanuman.A large part of this temple was also destroyed in the earthquake but was rebuilt. 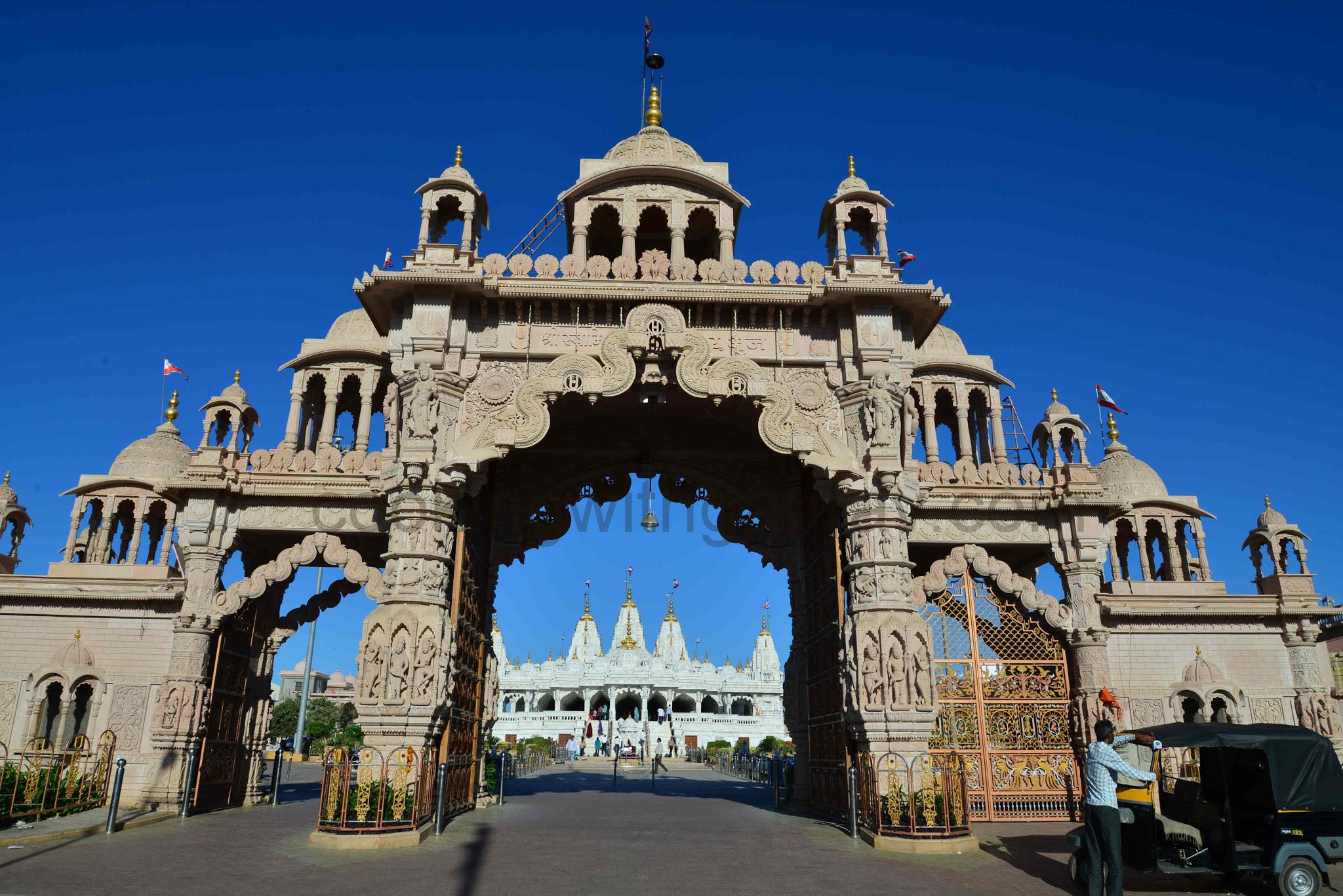 Another master piece in this quiet town is the Prag Palace and Aina Mahal. It has also been featured in Bollywood movie Lagaan.Prag Mahal is named after Rao Pragmalji II, who commissioned it .It was designed by Colonel Henry Saint Wilkins in the Italian Gothic style,and built in 1865-79.The palace artisans’ wages were paid in gold coins.Construction of the palace, which ultimately cost 3.1 million rupees, was completed during the regency of Khengarji III (Pragmalji II’s son).The local Kutchi builder community (Mistris of Kutch) were also involved in construction of Prag Mahal along with Colonel Wilkins.Truely beauty of Kutch is one which needs to be discovered..

We bid adieu to the Golden City of Amritsar with some shopping and some sightseeing. One of the well known temples in Amritsar, is the Durgiana Temple,on the Railway station road. It is a replica of Golden temple at  a smaller scale though, with Hindu Gods a...